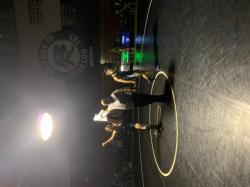 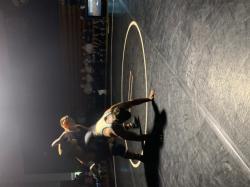 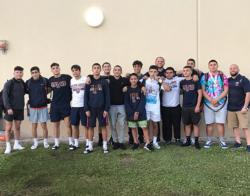 Congratulations to our Ranked Wrestlers!

The Mater Lakes Wrestling program continues to impress across the state of Florida. Over the weekend, January 21st, 2020, the boys competed in the Chase Life Invitational held at Palmetto Ridge High School in Naples, FL. The girls participated in the South Florida Girls Championships at McArthur High School where all four of the lady bears finished in the top four!

The Chase Life Invitational is one of the more prestigious tournaments held in the state. The tournament features over 25 schools and is known for its spotlight final where wrestlers in the championship bout compete while under a lone light that shines in the gym.  This highlights their triumph of the two-day competition. Two bears reached the championship match while three others were able to place top-6 in their 32-man bracket. Senior Eric Temes (38-3), currently ranked #2 in the state, won his second tournament in as many attempts and his fourth individual title this season. Sophomore Ethan Vergara (41-9) also reached the spotlight finals match but fell victim to a 3-0 decision for the heavyweight title. Senior Tico Ferrer (36-4) fell to #2 Bas Diaz of Somerset in a tight semi-final match but rebounded for a third-place finish. Senior Jorge Rodriguez and 7th Grade sensation Luis Bellon each won four matches on the weekend on their way to a sixth-pace finish. The Bears finished 7th as a team with only twelve wrestlers scoring while other schools competed with as many as eighteen.

The Lady Bears had their most productive outing of the season at the South Florida Girls Championships. Not to be outdone by her younger brother, Carolyna Bellon continues to roll as the #1 state ranked 128lber. Winning all three of her matches on route to her fourth tournament title this season. The other lady bears all brought home their first career medals as Janice Quiroa placed 3rd, while Jade Pendergraft and Jessica Hernandez placed 4th. The Ladies will return to action this Saturday in Deerfield Beach.

The boys team takes to the mats again January 31 and February 1st at the Tri-County Championships held at Olympic Heights High School. The tournament contains top tier competition from Dade, Broward, and West Palm counties as well as top-10 schools from the Tampa and Orlando area.